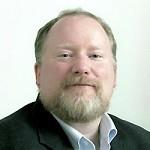 Michael Bastedo is Professor and Director, Center for the Study of Higher and Postsecondary Education, University of Michigan.  His scholarly interests are in higher education decision making, particularly college admissions, stratification, enrollment management, rankings, and governance.  In 2013, he received the Early Career Award from the American Educational Research Association.  Professor Bastedo has been a Fulbright Scholar in the Netherlands, and a visiting scholar at the Bellagio Center, Stanford, and Sciences Po. His recent books are American Higher Education in the 21st Century and The Organization of Higher Education: Managing Colleges for a New Era (both Johns Hopkins University Press).  His most recent research, funded by The National Science Foundation and The National Center for Educational Statistics, has been reported by journalists at National Public Radio, The New York Times, The New Yorker, The Washington Post, Slate, and The Chronicle of Higher Education, among others.  He holds the Ph.D. in Administration and Policy Analysis from Stanford University.