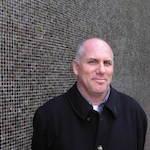 Gregg Pascal Zachary is a professor of practice at Arizona State University’s School for the Future of Innovation. He seeks to understand, document and represent technological innovation through a multi-dimensional lens. The first dimension involves reportage, analysis and storytelling about complex socio-technical systems, presented in vernacular language. Zachary wrote a narrative tale of the making of a Microsoft program (Showstopper, about the creation of Windows NT in the mid-1990s). He contributes a column on innovation to IEEE’s Spectrum magazine.  He reported on Silicon Valley for The Wall Street Journal from 1989-2002 and wrote the “Ping” column on innovation for the New York Times in 2007 and 2008. The second dimension of Zachary’s work addresses the interplay of research, national security and innovation during World War II and the early Cold War. Zachary is the author of a biography Vannevar Bush, Endless Frontier: Vannevar Bush, Engineer of the American Century, which Thomas Hughes, the historian of technology, described in his New York Times review as “deeply informed and insightful … thoroughly captur(ing) the spirit of Bush and his times.” The third dimension of Zachary’s work centers on how developing countries both absorb science and technology from the West and also generate their own distinctive innovations, reflecting their own social realities. Zachary specializes in sub-Saharan Africa, which he has visited more 40 times since 2000. Under a grant from the National Science Foundation, he is studying the emergence of computer science in sub-Saharan Africa, concentrating especially on Kampala, Uganda. The fourth dimension of Zachary’s work emphasizes the economic viability of quality journalism; the implications of the public-good aspect serious reporting; and the neglected potential for public-policy interventions to help revive and sustain serious, quality journalism in the public interest. Zachary lives in Phoenix and is married to Chizo Okon of Port Harcourt, Nigeria.