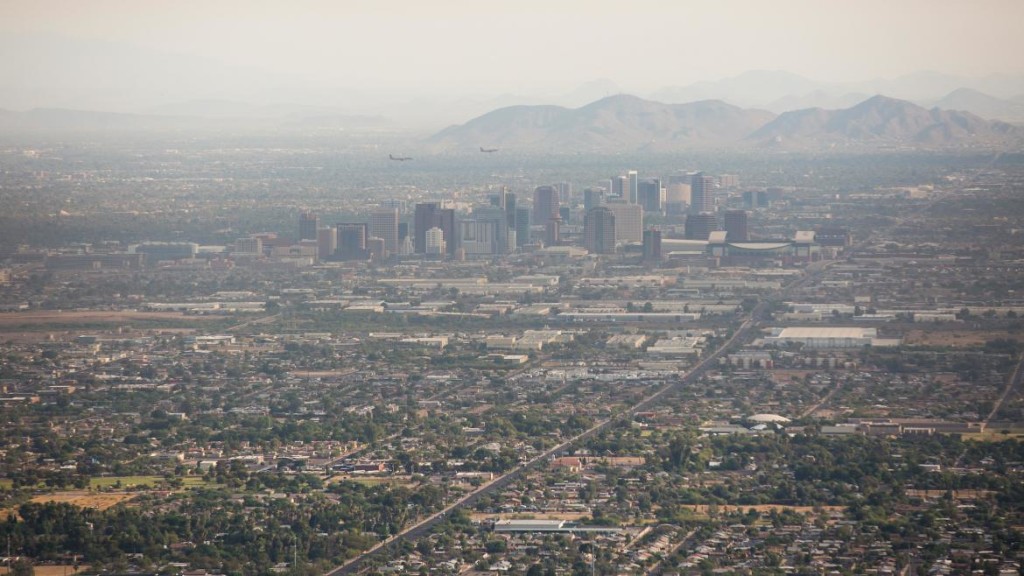 Convincing consumers to change their behaviors and “buy green” one person at a time is a daunting prospect. But harnessing the huge buying power of America’s cities could be a boon to manufacturers of sustainable goods ... and friendlier to the planet. A team of Arizona State University researchers launched a project this week aimed at making it easier for cities to “buy green” — at a time when local governments are at the forefront of committing to sustainability. “Advancing Green Purchasing in Local Governments” is based on a survey of hundreds of government officials that led to eight real-world recommendations for city officials to buy environmentally friendly products, which can include everything from lightbulbs to carpeting. The tips will be disseminated in a marketing blast that will reach thousands of local governments nationwide. The project is funded by the V. Kann Rasmussen Foundation, a nonprofit that wanted the ASU team to go far beyond academic research, according to Nicole Darnall, one of the researchers and a professor of management and public policy in the School of Public Affairs and the School of Sustainability. She is also associate director of the Center for Organizational Research and Design at ASU, which houses the Sustainable Purchasing Research Initiative team. “Outreach is a big part of the grant because our funder wants to change the way local government purchasing works,” she said. The initiative includes a website with the full report and recommendations, as well as a podcast, videos and social-media campaign to get the word out nationwide. Cities might have sustainability policies, but that doesn’t always translate into “green purchasing” because the buyers might not know about the policy, have enough information on the products or the authority to make a decision. That’s why one of the team’s recommendations is to empower employees and reward them for seeking out green products. There’s definitely a need for these kind of actionable recommendations, according to Mark Hartman, the city of Phoenix’s chief sustainability officer. “There can be a lot of missed opportunities,” he said. “Some things are as simple as the stroke of a pen, like having an Energy Star policy for buying any appliance.”

The ASU experts had previously researched “eco-labels” and how people use information when buying things. “Individual consumers’ daily routines are very difficult to change. And you’re changing them one person at a time, which takes time,” Darnall said. “That brought our team to the concept of large institutional purchasing,” she said, noting that governments in the U.S. account for $1.72 trillion worth of purchases annually. That accounts for 25 to 40 percent of every tax dollar spent, according to the report. The team sent out more than 1,800 surveys and got responses from 616 officials representing 459 cities. The results looked like this: • 60 percent had no green purchasing policy • 28 percent had a green purchasing policy • 12 percent didn’t know Of the 170 officials who said they operated under a green purchasing policy, 42 percent said they didn’t believe it was successful. “It’s a strong statement that directors in local governments would disclose that. They were willing to talk about the shortcomings and that’s very important to our research, because our recommendations are rooted in that comparison between success and lack of success,” Darnall said. The team sent the survey in January, months before President Donald Trump withdrew the United States from the Paris climate accord. But despite the reversal at the federal level, 10 states and nearly 330 American cities, including Phoenix, have committed to the voluntary goals of the agreement — a 26 to 28 percent reduction in carbon emissions by 2025. “We didn’t know how timely this would be,” said Jason Stritch, one of the researchers and an assistant professor in the School of Public Affairs. The other two team members are Stuart Bretschneider, Foundation Professor of organization design and public administration and director of research at the Center for Organization Research and Design, and Lily Hsueh, an assistant professor of public policy and economics in the School of Public Affairs. “Now we have something we can bring to these municipalities at a time when they’re saying, ‘OK we’ve committed to this. Now what can we do?’ ”

The city of Phoenix was an important part of the project. The ASU team met with 14 purchasing officers from different city departments, including the airport and the convention center, in a focus group. Their feedback helped the professors shape the questions they asked in the survey. “They all do things differently, and that was important to understand. It’s easy to think local governments act monolithically or that purchasing happens one way. This isn’t the case,” Darnall said. Although Phoenix has had a green purchasing program for several years, it was looking to revitalize it, according to Joe Giudice, the city’s environmental programs administrator. He and Marina Estrella, an environmental quality specialist for the city, worked with the ASU team. In the focus groups, they realized that employees who buy things had the perception that “green” products would cost more. “We wanted to make sure we could demonstrate that is not the case, and we were able to reintroduce the concept of using life-cycle analysis — when you can buy something today that costs more but lasts a lot longer,” he said. Phoenix is now beefing up its electronic purchasing system to make it easier to buy environmentally preferable products, Giudice said. Interns from ASU’s School of Sustainability are helping with that project.

The team boiled the findings down to eight practices used by local governments that have successful green purchasing policies. Here’s a summary: 1. Build on complementary practices. Cities that already have sustainability policies on recycling or energy use, for example, are in a better position to have a good green purchasing policy. 2. Use information about environmentally preferred products. Darnall said that there are many types of “eco-labels” with varying levels of accuracy and reliability. The report recommends following the eco-labels preferred by the U.S. Environmental Protection Agency.3 3. Utilize e-procurement systems that integrate environmental product information. The team said that cities should follow the EPA recommendations on which systems are best. 4. Track spending related to green purchases. Cities that track spending are more likely to elevate the importance of green purchasing and develop goals.

5. Enhance collaborative vendor relationships. With limited information on green products, vendors can be a source of knowledge. Darnall said that typically, cities are advised to keep vendors at arm’s length to avoid the potential for corruption. “But when it comes to issues of sustainability, collaboration leads to more successful outcomes,” she said.

6. Assign responsibility to top-level management. This signals the importance of green purchasing and helps build momentum and commitment. The survey found that top-level management involvement was more important than financial resources in a successful policy. 7. Foster a culture of innovation. Green purchasing programs are more successful with empowered employees who can take managed risks and be rewarded. 8. Participate in professional networks to share best practices. Learn from those who have done it. (The report lists the International Green Purchasing Network, Responsible Purchasing Network and Sustainable Purchasing Leadership Council as resources.) Darnall said that Phoenix was the perfect example for the project. “Although the research speaks to cities that have no sustainable purchasing policies, cities like Phoenix that are interested but have challenges are the ones that are most likely to make significant changes.” Visit the project website here. Top photo: The city of Phoenix, shown here from South Mountain, was an important part of ASU's Sustainable Purchasing Research Initiative. Photo by Deanna Dent/ASU Now